It's sad that these anthropormorphic (animals presented as human) postcards are often only referred to as 'Mainzer Cat' postcards.  Alfred Mainzer was the publisher.  The often forgotten artist was Eugen Hartung (1897-1973).  It's hard to think of other artist illustrated postcards that are commonly associated with the publisher name rather than that of the artist.

The images are great fun and full of detail, children love them.  The cards depict cats, mice, dogs and other animals dealing with life events, the scenes often sparking thoughts of 'what happens next'.

Eugen Hartung was born in Wäldi, Switzerland.  In addition to the Mainzer images I've found references to him illustrating fairy tale and other childrens books, notably the childrens song book Come, Children, Let’s Sing - "Chömed Chinde, mir wänd singe" published to promote the Maggi Soup company.  Hartung is sometimes confused with his brother William and his nephew Will but neither of those artist relatives illustrated postcards.

The Hartung postcards were first published in Switzerland by Max Kunzli of Zurich and then(from the 1940's onwards) by the Alfred Mainzer Company of Long Island New York.  The artist monogram takes the form of a decorated heart shape that appears in the corner of many of the cards, once seen it's always recognisable elsewhere.  Most of the cards carry a series number.  The Kunzli cards are more sought after than the Mainzer examples but, to be honest, there is little to seperate them and examples from both publishers are very collectible.

There are many other cat and postcard artist pages on this web site. 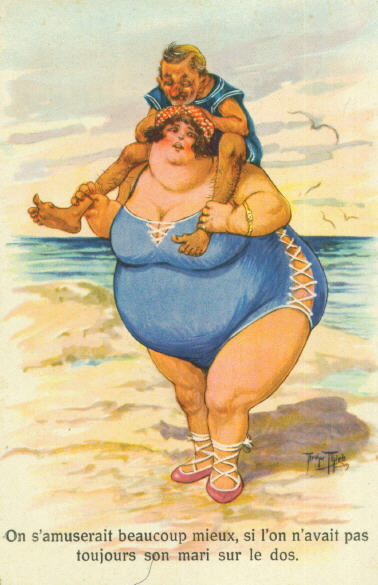